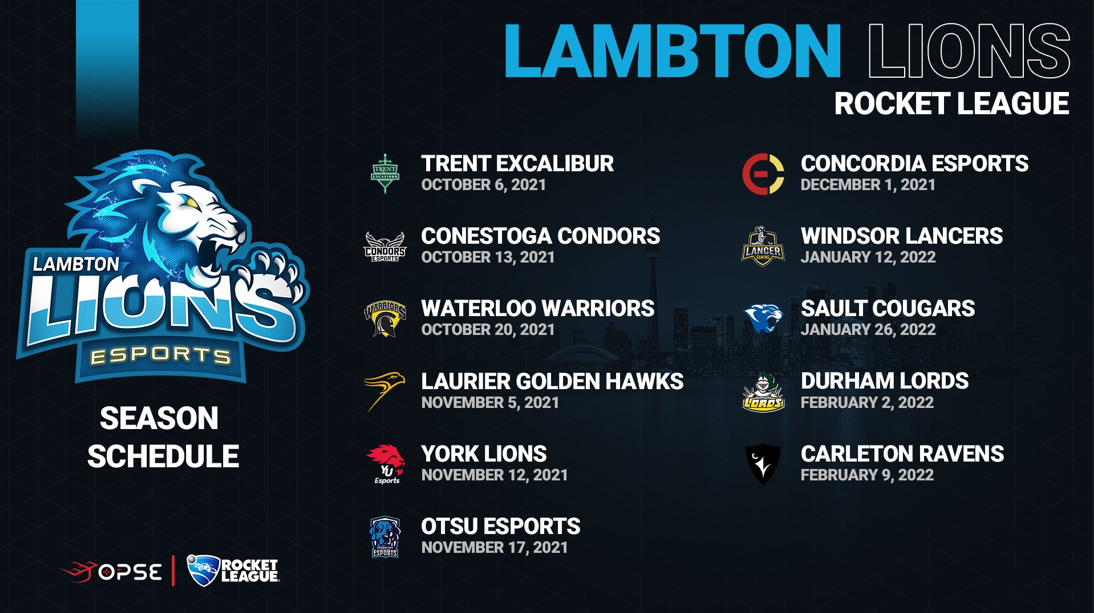 Ontario Post-Secondary Esports announced its 2021-22 season schedule this week. The full agenda sees the Lambton Lions Rocket League team competing against 11 other schools for the coveted OPSE crown.
The Lions will start their season on Wednesday October 6th when they square off against Trent University based out of Peterborough, Ontario. In their only previous matchup last season, Lambton defeated Trent 3-0 in their Best-of-5 regular season match.

The inaugural OPSE season last year was a successful one for the Lions. After a 9-3 regular season record, they eventually clawed their way to the semifinals before being uprooted by Waterloo in the 3rd place game, giving the Lions a 12-5 overall record (regular season and playoffs combined).

The Rocket League roster features only one returning player from a year ago. Steele Harris (IGN: Steele) takes over as the veteran of the roster after a substitute role last season. Newcomers include Jordan ‘JWBrooksy’ Brooks, Brooke ‘Bot_Brooke’ Vandenberg, and Zach ‘thewhael’ Dewael.

Gavin ‘Ahrupt’ Storozuk – who spent two seasons on the roster as a player, including the captaincy in 2020-21 – will put down his controller and take on the role of head coach.