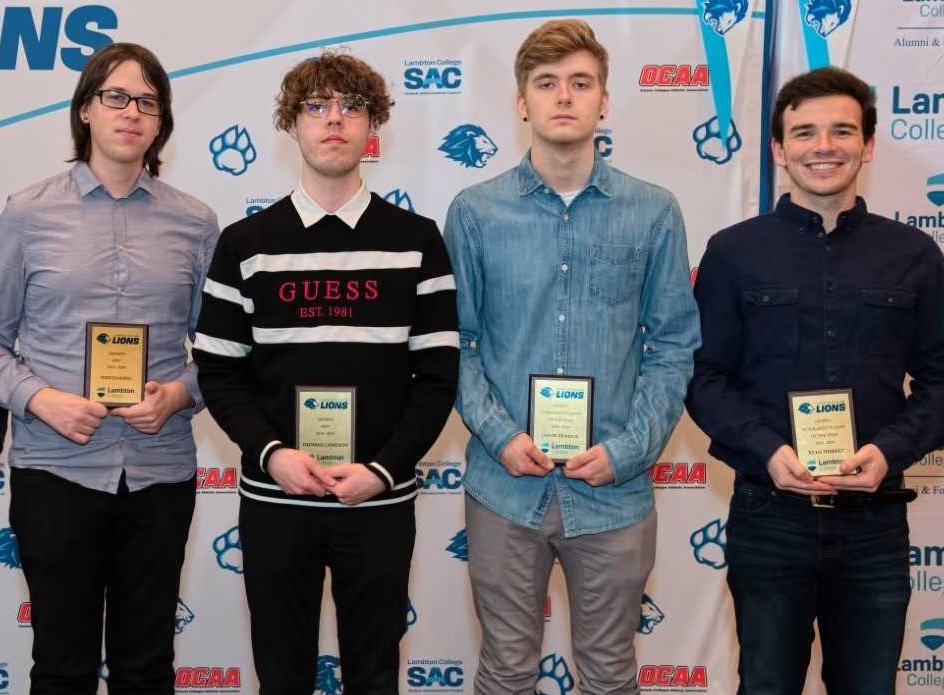 A number of top students were recognized for their participation in athletics activities during Lambton College’s annual Appreciation Night, and Lambton Lions Esports was generously invited to participate and honour four esports players for various achievements throughout the season.

Ryan Hiebert was the first-ever recipient of the Scholastic Esports Player Of The Year award which is given to a player who is able to excel in both esports and academics. Hiebert competed this season as both a part of the Overwatch roster and captain/coach of the Super Smash Bros. Ultimate team.

Jason Francis of the Fornite and Smash Bros. Ultimate team was the recipient of the Community Player of the Year award. The award is given to the player who best exemplifies a passion for community outreach and volunteerism. Francis has been a supporter of all of Lambton Lions Esports’ various community outreach initiatives including day camps, trade shows, school visits and more.

The Most Valuable Player award was given to two League of Legends players. Tommy Cameron and Steven King were both part of the OESL-winning League of Legends team and were instrumental in Lambton’s Top-16 finish at LAN ETS in Montreal this past February.

Lambton Lions Esports congratulates all award winners and thanks all players for an incredible season.