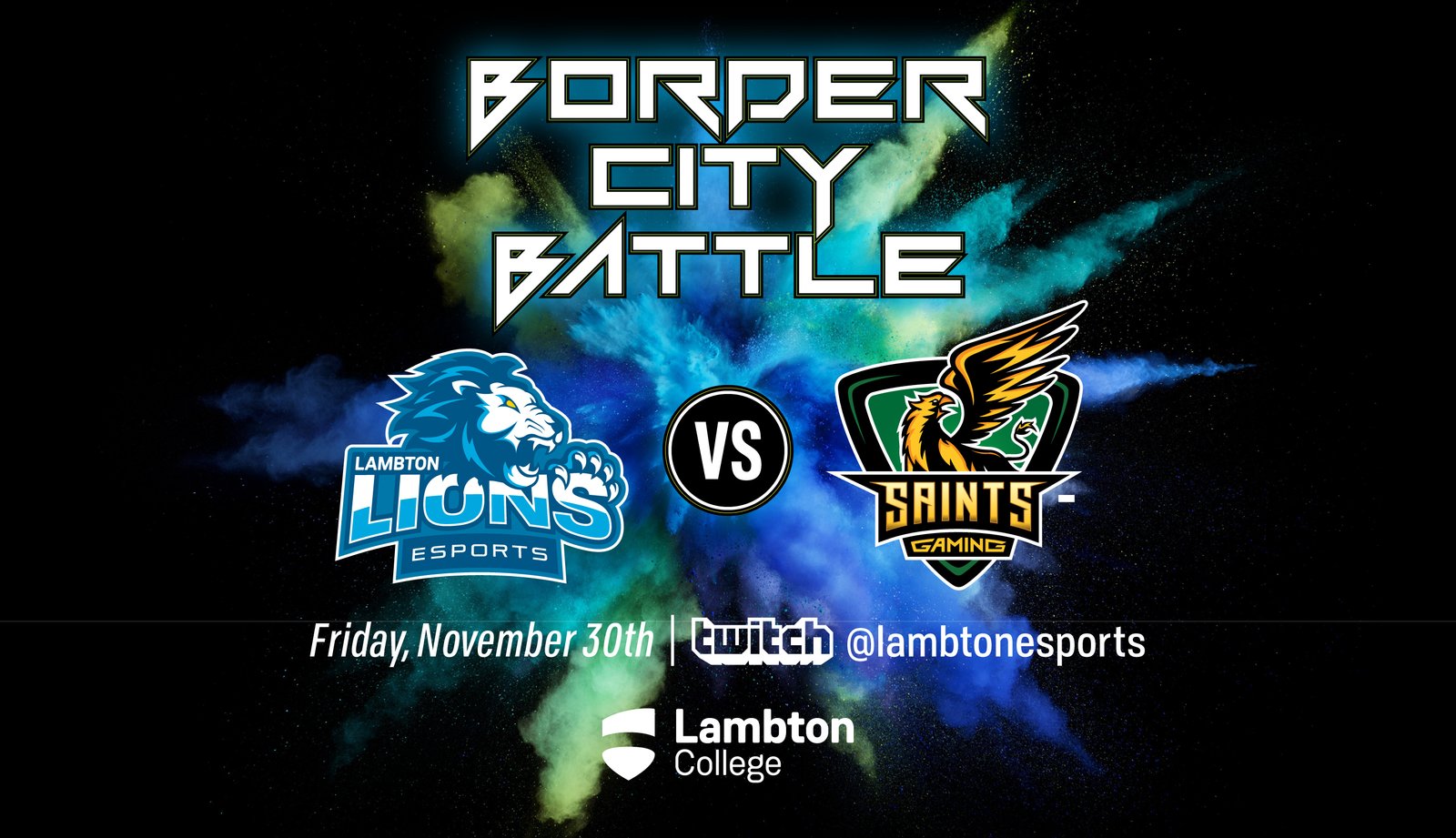 Today it was announced that Lambton College and St. Clair College of Windsor, ON will compete in the first ever “Border City Battle” on November 30. The event will be hosted at Lambton College’s Esports Arena and organized by the school’s Esports Entrepreneurship and Administration students. The Lambton Lions varsity esports team will square off against St. Clair College’s ‘Saints Gaming’ varsity esports team in several games including Overwatch, League of Legends, Fortnite, Rocket League and more to be announced.

The competition will be streamed live on Lambton Esports’ Twitch (@lambtonesports). An on-site viewing party will also take place in the Students Administrative Council Lounge adjacent to the Lambton College Esports Arena. The full schedule of the Border City Invitational will be released in the coming days.