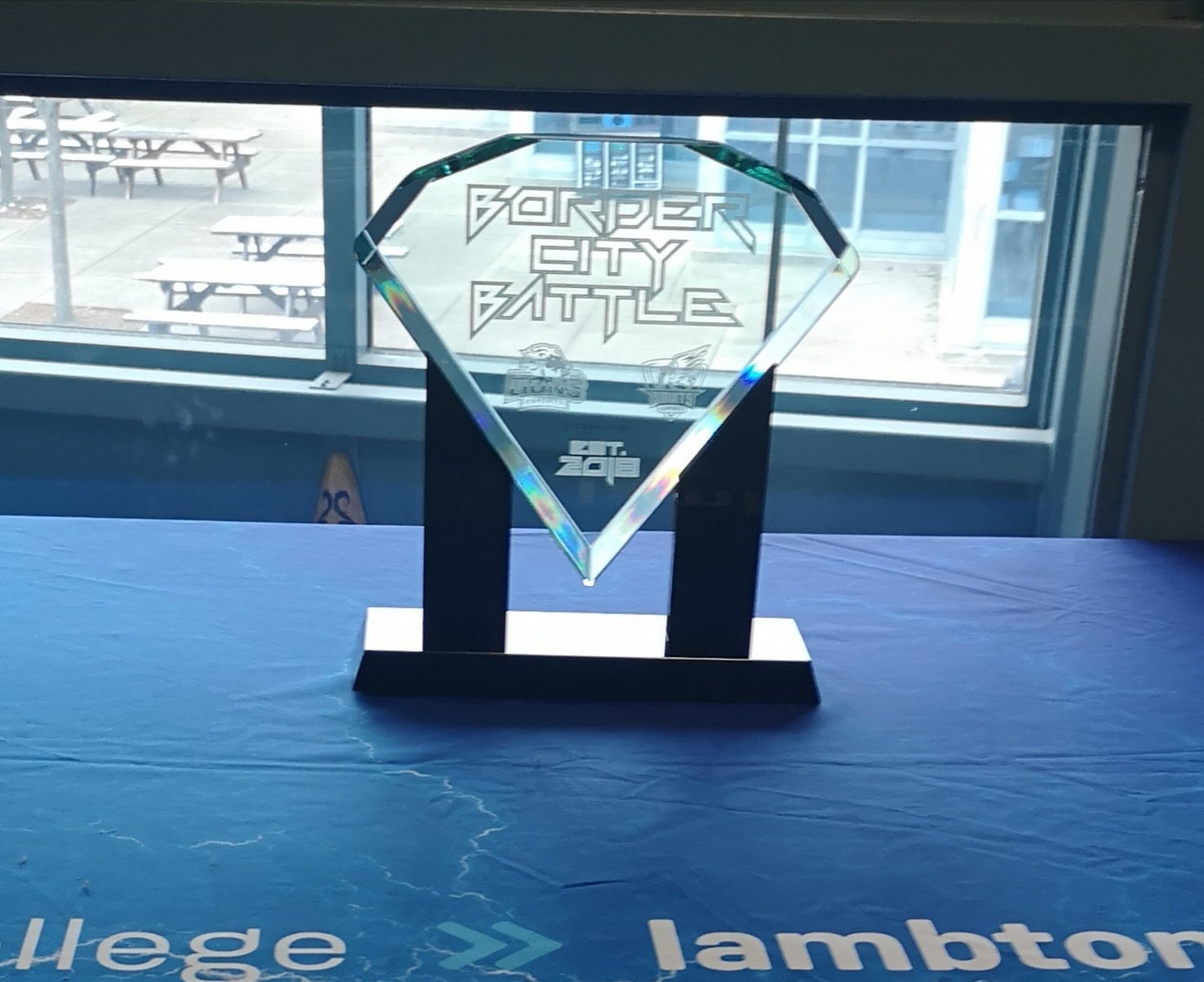 This past Friday marked the 3rd edition of the Border City Battle between Lambton Lions Esports and Saints Gaming from St. Clair College in Windsor. Saints Gaming had won the previous two competitions between the rival schools, the first of which was held at Lambton College in November 2018 followed by the second competition at St. Clair College this past April. The Lambton College Esports Arena hosted matches in 5 different video games on Friday: League of Legends, Rocket League, Fortnite, Smash Bros. Ultimate and Hearthstone.

The day started strong for the Lambton Lions with a 3-0 sweep of the best-of-5 League of Legends matchup. This was followed by the Lambton Lions Rocket League lineup of Seb, Fowler and Ahrupt dominating the best-of-7 match with a 4-1 win. All the Lions needed was to win one of the three remaining competitions to secure their first Border City Battle victory. Unfortunately, this would prove to be a difficult task.

The Fortnite duo of Jbubz and TheJanitor were held without a win in the best-of-7 series against Saints Gaming, falling 4-0. Following that, the Smash Bros. Ultimate matchup would prove to be equally difficult for the Lions during singles play as WavingBread was the only Lions player with a winning record (3-2). Crew Battles also proved to be lucrative for Saints Gaming as they would complete a sweep of the Lions, bringing the Border City Battle to a 2-2 draw at that point in the day.
This meant that the best-of-5 Hearthstone match would ultimately decide the winner of the Fall 2019 Border City Battle.

After Saints Gaming won the first game, each side would go back and forth resulting in a 2-2 draw after four games. This would set up a single Hearthstone game to decide the day’s winner. In the end, Saints Gaming’s Hunter deck would outperform Lambton Lions Esports’ Shaman deck, giving the Border City Battle trophy to Saints Gaming for the 3rd straight event.

Lambton Lions Esports would like to congratulate Saints Gaming on their victory and thank them for coming to Lambton College for the event. The fourth edition of the Border City Battle will take place at St. Clair College in Windsor in Spring 2020.