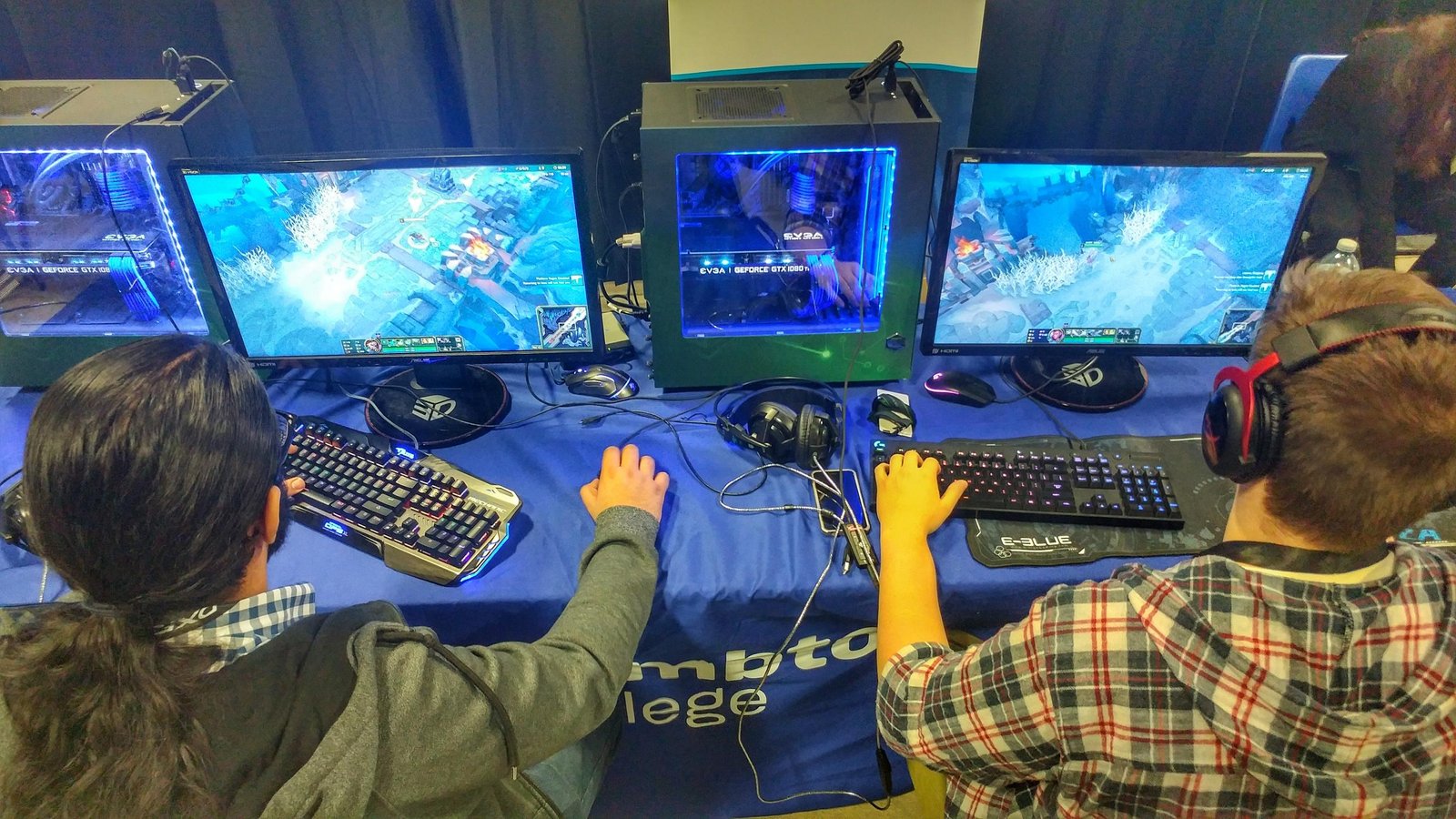 The Lambton Lions varsity esports team was on full display at this past weekend’s London Comic Con held at the Western Fair in London, ON.

Foster Mcilmoyle and Ryan Glivar from the Lions Rocket League team showcased their skills on Friday against several attending challengers. Saturday was the Lions Overwatch team’s time to shine as Jonah Bisson-Reeve defeated a trio of challengers in a 3 vs. 1 matchup, while Jason Francis from the Lions Fortnite team went undefeated on Sunday against several opponents. Nolan Toomey, Pavan Gill and Tommy Cameron from the League of Legends team were also on hand Sunday to display their skills in the world’s most popular MOBA game.

The Lambton Lions varsity esports team wishes to thank London Comic Con and all attendees for a great experience this past weekend, and we also wish to thank our official transportation sponsor Automax Sarnia for their support.

The Lions will be appearing at several more events throughout the season. Visit our Events page for more information.