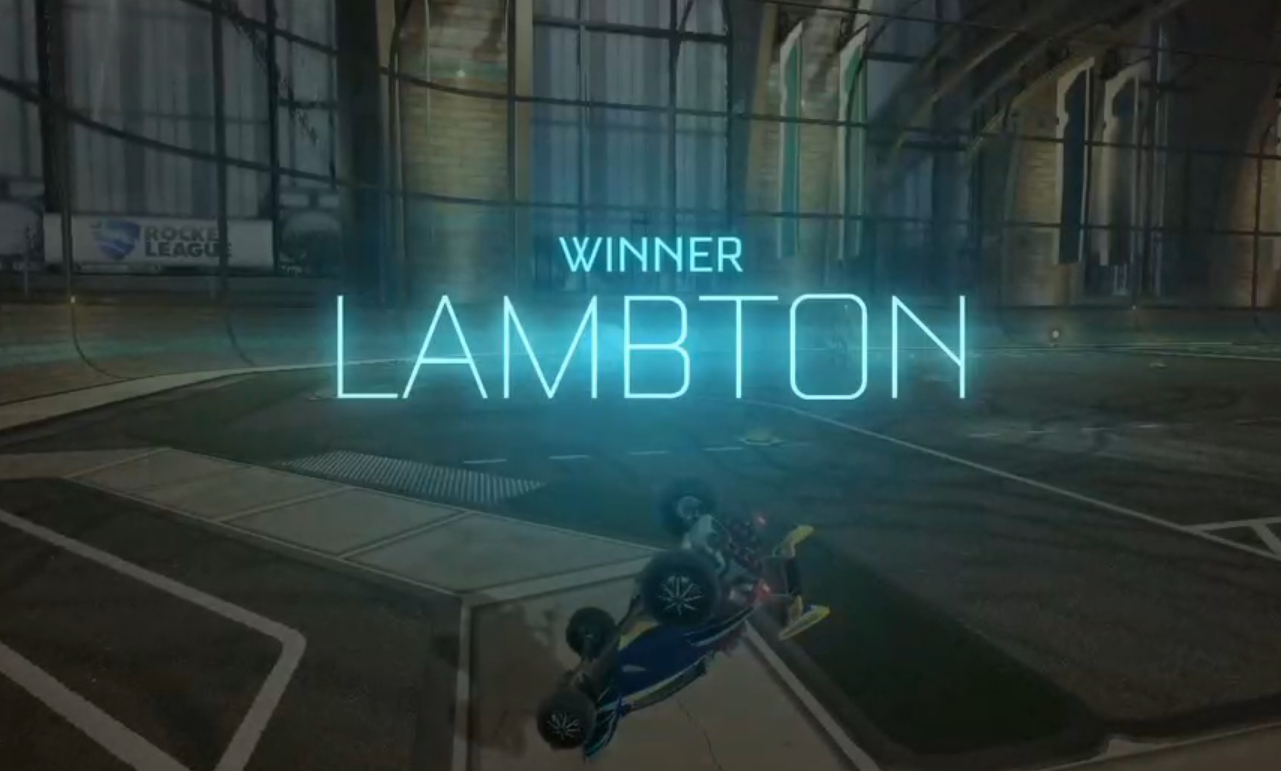 After finishing the regular season with a 9-3 record, the #3 seed Lambton Lions Rocket League team began the Ontario Post Secondary Esports playoffs group stage on Monday night. Also in their group were the University of Toronto (7-5), as well as York University (3-9). After U of T swept York, Lambton was given a “win-and-in” situation, clinching a quarterfinal spot with a victory over York.

Game 1 in the Lions v. Lions matchup proved to be an offensive outburst for Lambton veterans Sin and Ahrupt, as each of them netted 4 goals en route to an 8-0 shutout win. Game 2 was much closer as York held a slim 1-0 lead until Ahrupt tied it with 54 seconds left in the game. Fowler would eventually score the game winner for Lambton with just 6 seconds remaining. Game 3 saw Sin score his second hat-trick of the match, while Fowler scored 4 goals of his own to give Lambton a 7-1 win in Game 3, sealing the series 3-0.

The last match of the night would be a battle for top spot in the group as Lambton took on the University of Toronto. This match comes less than two weeks after U of T swept Lambton in the final day of the regular season. Fowler and Ahrupt would score the only 2 goals of Game 1, giving the Lions a 2-0 win. Retnuh opened the Game 2 scoring for U of T, but Ahrupt would respond with 2 goals for Lambton, giving the Lions another victory in the series. Game 3 would see Ahrupt add his second hat trick of the night, while Sin added 2 more goals to give the Lions a 5-2 win in Game 3, completing the sweep of University of Toronto.

The Lambton Lions now hold the #3 seed heading into the OPSE quarterfinals which take place on March 8th.