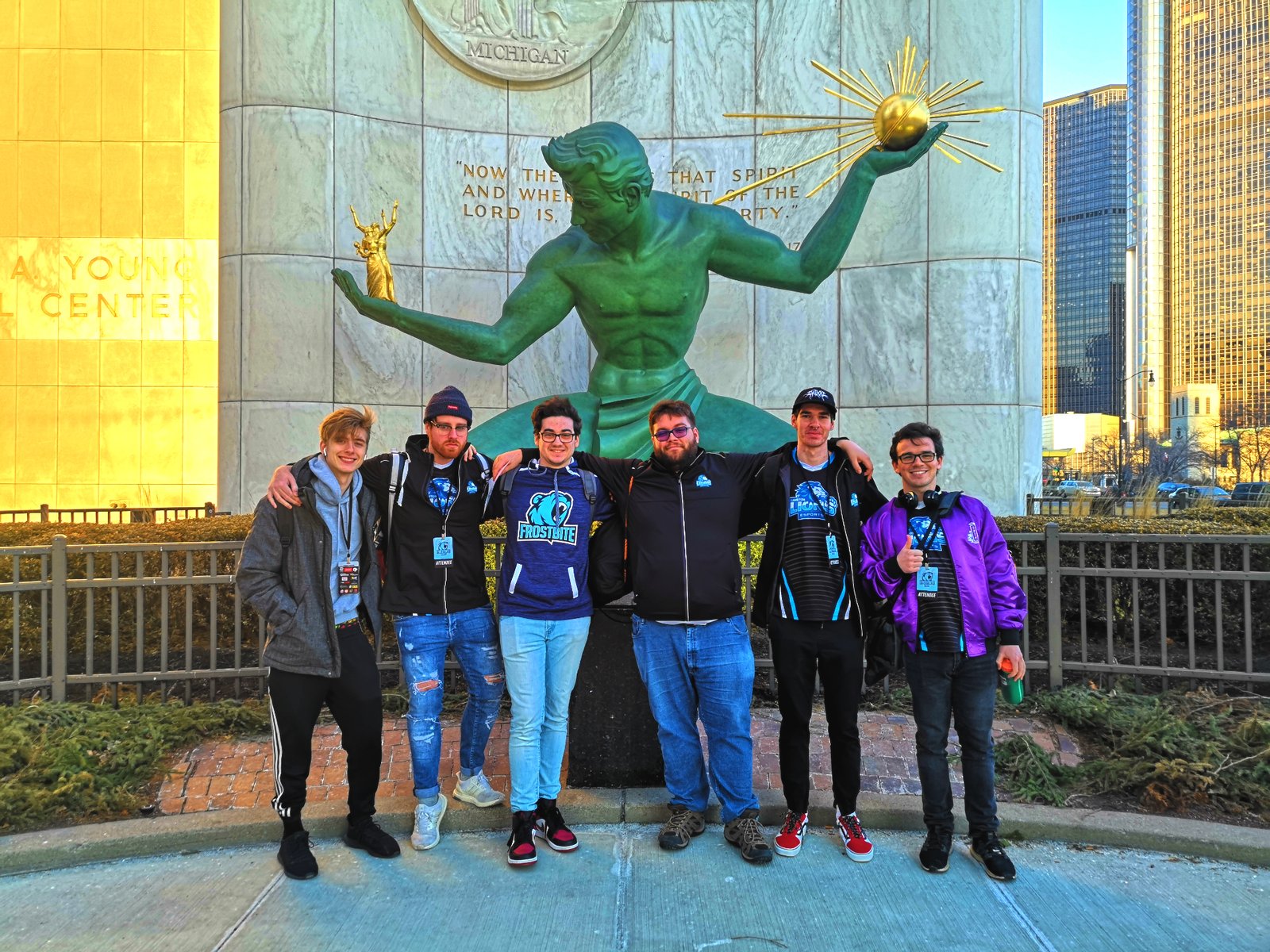 The Lambton Lions Smash Bros Ultimate team made the trip to the Motor City this past weekend for Frostbite 2020. The annual super-major event in Detroit, MI featured over 1200 players competing in the Smash Bros Ultimate singles tournament. Although no Lions made it out of their respective pools, all 5 Lambton players in attendance registered at least one victory.

Ryan ‘Commander Ice’ Hiebert led all Lambton players with 3 singles wins before suffering his second defeat in the double-elimination tournament. Chris ‘WavingBread’ Foschia scored a pair of victories, while Forrest ‘Lewt’ Boire finished 1-2. In his second appearance at the tournament, Jared ‘juru’ Chapman picked up his first super-major victory before being eliminated, while Austin ‘Puttbuns’ Peterson scored a single win before being eliminated in his Frostbite debut.

The Lions now prepare for Ambush Smash Series 2 scheduled for Sunday March 1st on their home turf in the Lion’s Den at Lambton College.