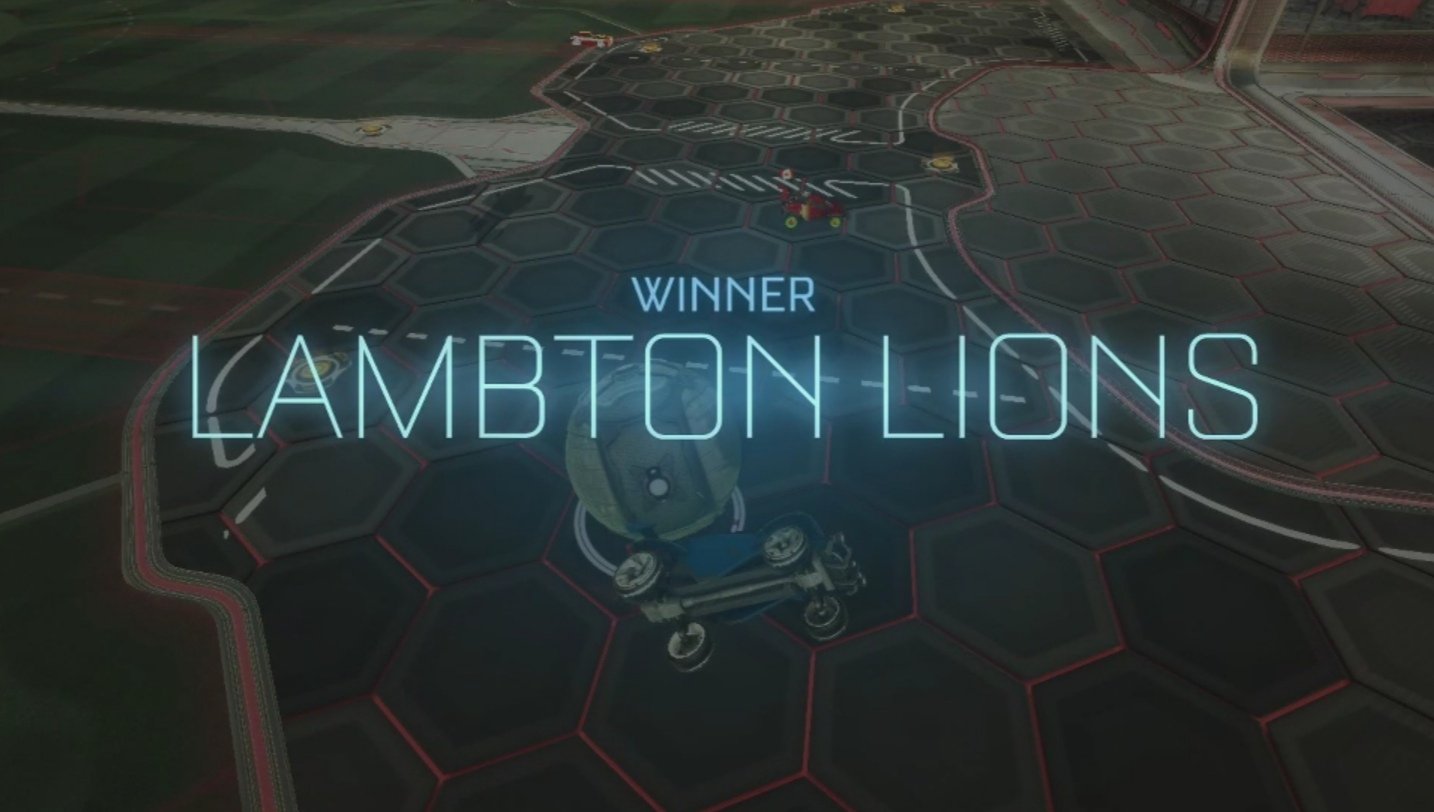 Looking to rebound from last week’s disappointing 3-1 loss to Queen’s University, the Lambton Lions Rocket League team showed up in fine form for their Week 4 OPSE match against Concordia University (0-2) on Friday night.

Game 1 in the best-of-5 match proved to be all Lambton, as the scoring was spread out between Ahrupt, Sin, and Fowler who returned to the lineup after a one week absence. Sin and Fowler scored two each while Ahrupt added one of his own. Haywyre would tally the lone goal for Concordia as Lambton took Game 1 with a 5-1 score.

History would repeat itself in Game 2 with Fowler once again scoring a pair. Ahrupt also scored two goals and Sin added a fifth, as the Lions would once again win 5-1 over Concordia.

Game 3 had a similar outcome, this time with Fowler providing a 4-goal performance for the Lions with Ahrupt adding a fifth. Haywyre for Concordia would break the shutout as time expired, leaving us with yet another 5-1 final.

With that, the Lions improve to 2-2 in OPSE regular season play, while Concordia drops to 0-3.

The Lambton Lions now get to rest due to a scheduled bye week before returning to action November 13th against Trent University (0-3).