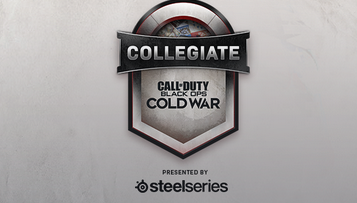 The Lambton Lions Call of Duty team started the 2020-21 campaign on the right foot this past Saturday. In their first official tournament of the season — Collegiate Cold War presented by SteelSeries — the Lions drew Kennesaw State University out of Kennesaw, Georgia for their Round 1 match.

The 4v4 contest saw a mix of veterans and rookies queue up for the Lions: Adam “Skywalker” Rowland and Logan “Omelii’ Bonnah were both part of the Lambton CoD club team from a year ago, while Ryan ‘m4ry’ Moses and Fonz ‘Fonz’ Roberts made their official Lambton Lions Esports debuts.

With the Lions gaining a 3-1 victory over Kennesaw State on Saturday, they now move on to play Illini White out of the University of Illinois in Round 2. The match, which was scheduled to be played this past Sunday, will be re-scheduled for later this week. Opponents for Rounds 3-6 have not yet been determined.

Collegiate Cold War presented by SteelSeries features 89 collegiate teams from across North America taking part in 6 rounds over 3 weekends. A playoff bracket will take place the weekend of December 12-13, with the winning team receiving a $1000 USD scholarship per player. The second, third, and fourth place teams will also receive scholarship prizing.