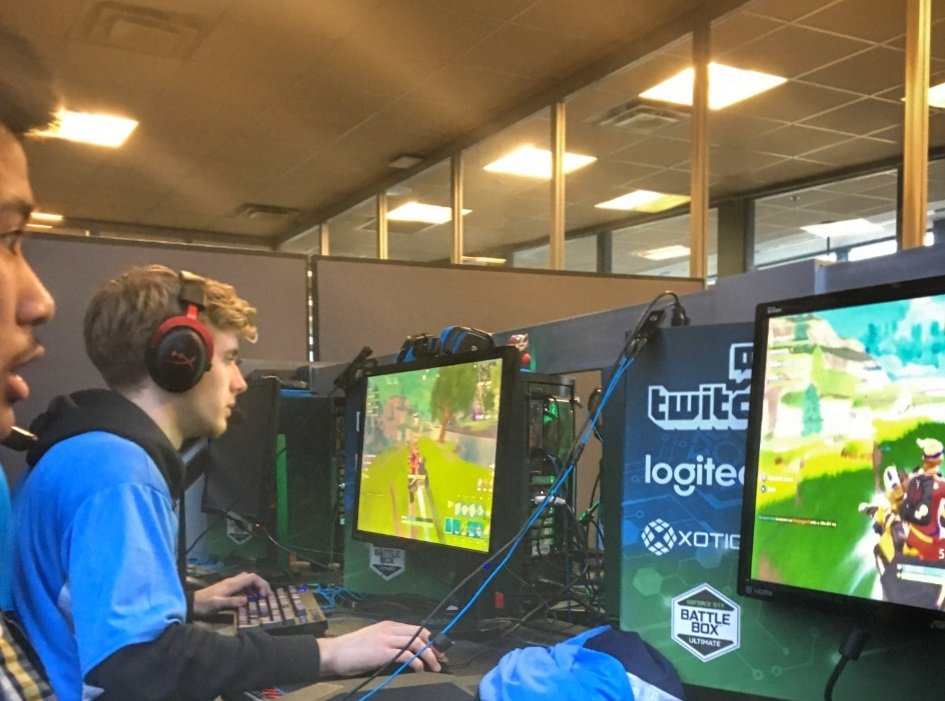 The duo of Jbubz and KBraand took a 5-match winning streak into this past weekend when they faced off against their border city rivals at St. Clair College. The ‘St. Clair Saints A’ duo of duzzi and Krypt were looking to extend their winning streak to 3 when they matched up on Sunday afternoon.

Lambton’s Kbraand led the way with 4 kills while Jbubz chipped in 3 of his own, leading to a Lions victory. The second game would see Jbubz accumulate the match’s top kill count (12) with Kbraand adding 7 more. Krypt and duzzi could amass only 5 each resulting in the LL Elites sweeping the Best-of-3 match against the St. Clair Saints A duo.
The LL Elites now sit atop The CSL Fortnite North 3 division with a 6-0 record and will wrap up their regular season this weekend when they play Binary Star out of Western University.

The Lions duo ‘LL Skrub’ featuring Skrub and aer0_, also in the North 3 division, currently have a 2-3 record heading into the final week of the regular season where they will face the Ryerson University C duo.

The Lions duo LL Sloths featuring Slow SL0TH and LL Goldenwing have now slipped to 1-4 record in the North 4 division and will wrap up their 2018 campaign this weekend against TTV Zykoma BTW out of Carleton University.