Mixed Results This Past Weekend For Lambton Rocket League Teams 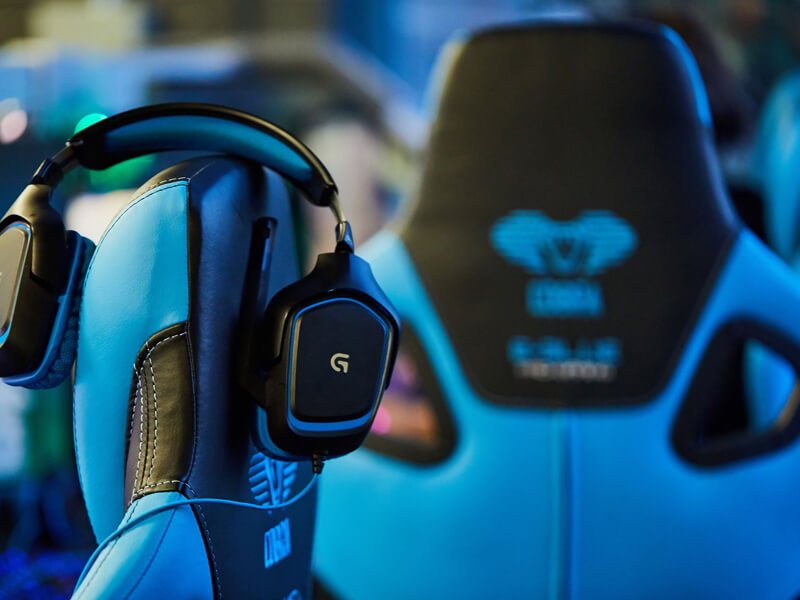 Week 8 of Collegiate Starleague’s regular season plus a CRL Open Qualifier made it a busy weekend for varsity Rocket League teams across North America. Saturday saw both Lambton Lions Rocket League teams compete as the quest for a CSL playoff spot begins to heat up.

The Lambton Lions A Team of Seb, Fowler and Sin took on McMaster University’s A Team in a best-of-5 regular season match. Game 1 proved to be heavily in favour of the Lions as both Sin and Fowler netted hat tricks en route to a 7-3 win. Following that, pair of victories (3-0, 3-2) allowed the Lions to sweep the best-of-5 and improve to 6-2 on the season, retaining a playoff spot with 4 games remaining in the CSL regular season.
The Lambton Bees (Lambton College B Team) were looking to follow up on last weekend’s success against McMaster A as they squared off with Brock Esports A out of Brock University. After losing their first four matches of the season before last weekend’s win, the Lambton Bees unfortunately came up short in their quest for back-to-back wins, losing the best-of-5 match 3-1. The Bees now fall to 1-4 in CSL regular season play.

Yesterday marked the first of two Sundays for CRL Open Qualifiers. 338 teams from across North America were fighting for just 8 available spots in the double-elimination tournament to make it to CRL League Play in February. The Lambton Lions A Team started strong by sweeping their opening round best-of-3 match vs. Xavier University Blue team (6-0, 3-0). Up next was the University of Ottawa who the Lions also swept (4-1, 1-0). In the winner’s quarterfinal (best-of-5) of Pool 2, the winning streak would end for the Lions as Penn State University would complete the sweep (2-0, 1-0, 3-2) sending the Lions to the loser’s bracket to play Old Dominion University. Now back to a best-of-3 format, the Lions would sweep ODU Esports (4-2, 3-0) and then come from behind to defeat Drexel University (1-2, 2-1, 6-3). That is where the winning ways would end for the Lions as they would go on to lose to eventual pool winners Stockton University (3-2, 5-3), eliminating the Lions from the bracket.

The CRL journey for the Lambton Bees was unfortunately a short one. A pair of 3-2 losses to the Dayton Flyers relegated Lambton to the loser’s bracket where they would eventually lose to Carleton University (3-5, 6-0, 1-0), ending their day much quicker than planned.

Both Lambton Lions teams now prepare for one more shot at CRL League play with the open qualifier this Sunday.