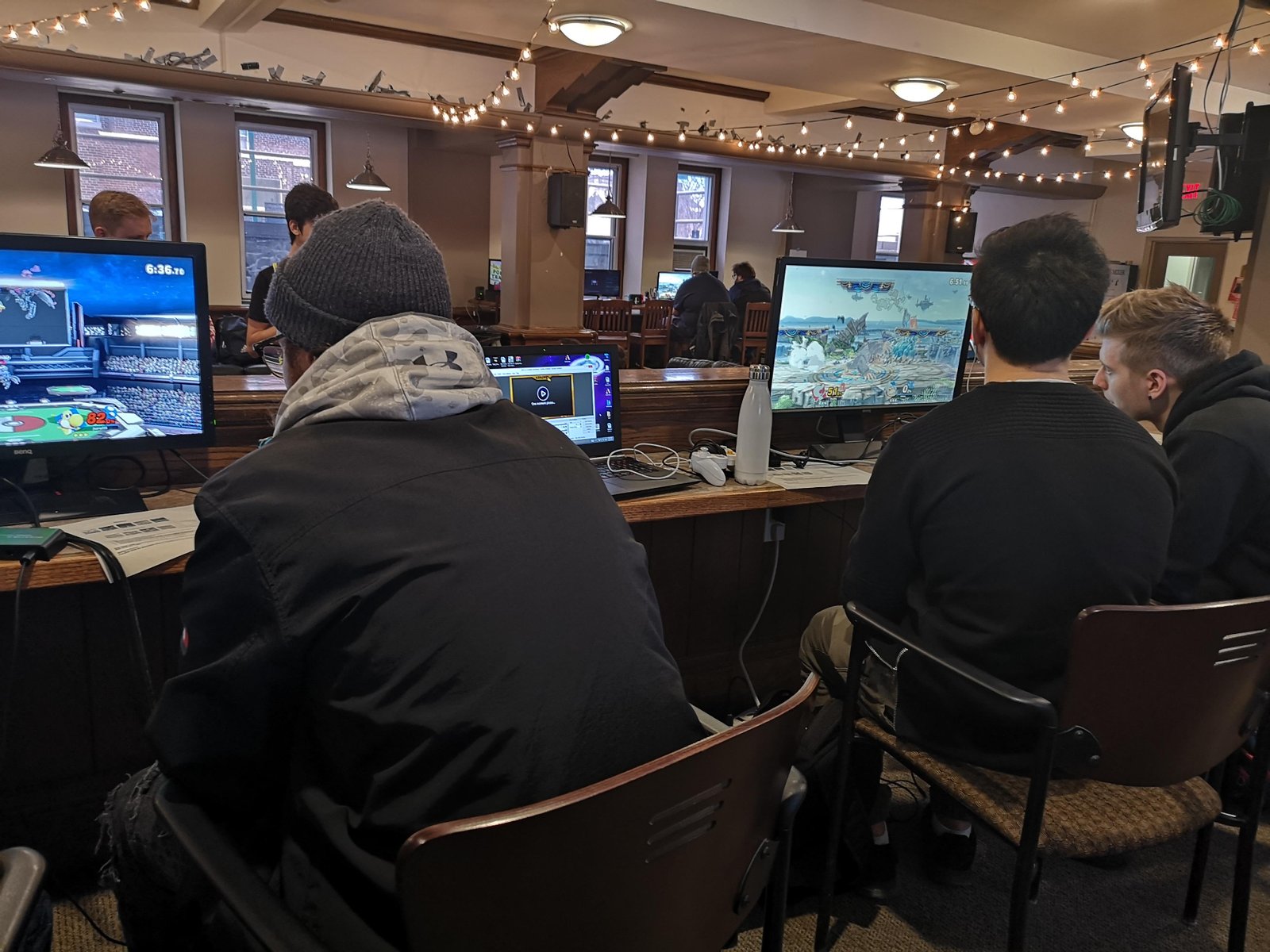 The Lambton Lions Smash Bros. Ultimate team made their first trip to London, ON this past weekend at Ultimate Forest City Frenzy 2. A trio of Lions were among the 55 competitors taking part in the monthly Smash event held at Hellmuth Hall on the campus of Huron University. Unfortunately, the pool stage would not be kind to the Lions.

Forrest ‘Lewti’ Boire — competing in just his second competitive Smash Bros. Ultimate event — lost his first two matches to ‘TP Detective’ and ‘HP’ before scoring his first victory against ‘mReed’. Following the win, a streak of 3 straight losses would occur at the hands of ‘Baki’, ‘Clementine’ and ‘Apollo’. The losing streak was snapped after ‘Lewti’ swept ‘DK34591’ 2-0. A DQ win over ‘Carraway’ would then be followed by a loss to ‘RedmanTSS’, bringing Lewti’s day to an end with a 3-6 match record.

Jared ‘juru’ Chapman’s day was also ended in the pool stage with an 0-8 record. Similar to Lewti, juru was also competing in just his second competitive Smash Bros. Ultimate event. Three of juru’s eight opponents would go on to finish in the top 13 including the eventual tournament winner, Luke ‘Alphicans’ Aronyk.

Jason ‘Jbubz’ Francis made his competitive Smash Bros. Ultimate debut for the Lambton Lions at Ultimate Forest City Frenzy 2. Jbubz finished the pool stage with a 2-6 record, failing to advance to the bracket stage. Like juru, Jbubz would suffer losses from two of the tournament’s top 10 competitors, including ‘Burst’ who would go on to finish 3rd overall in singles, and be part of the winning doubles duo later in the day.