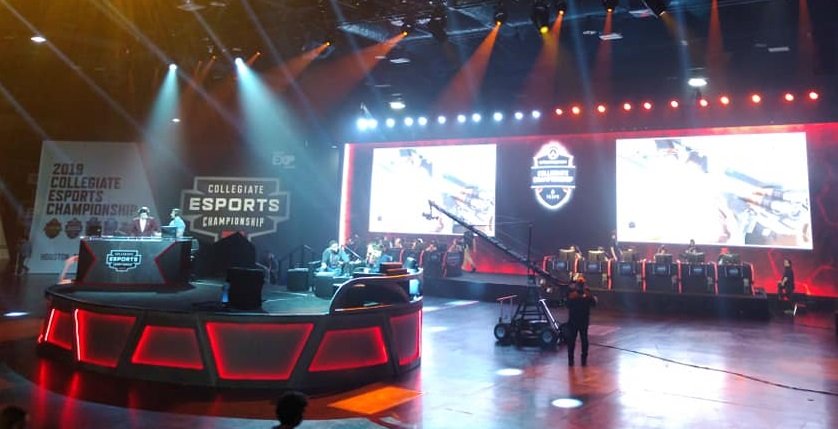 The Lambton Lions Esports Street Fighter V team participated in their first LAN event this past Saturday: The ESPN Collegiate Esports Championship in Houston, Texas.
The Top 4 teams from an online qualifier in April were invited to participate at the championship event on May 11, but Lambton Lions Esports originally finished 5th in the tournament. After one of the Top 4 teams was unable to attend the event, Lambton received the invitation and was moved in to the semis for a shot at the $10,000 grand prize.
The first opponent of the evening for Lambton was another Ontario school: Sheridan College.
Ryan ‘Commander Ice’ Hiebert and Corbin ‘Borbo’ Schmidt were quickly defeated by ‘NytroFlare’ giving Sheridan a 2-0 lead in the Best-of-5 match. Lambton’s final shot at advancing in the bracket was in the hands of Aleister ‘Marit Lage’ Humes who was able to eliminate NytroFlare to avoid the sweep. However, Sheridan’s next combatant — Lucas ‘Kauky’ Lemmond — proved to be too much for ‘Marit Lage’ to overcome, giving Sheridan the 3-1 victory and eliminating Lambton Lions Esports from the historic inaugural event for ESPN.
Lambton Lions Esports would like to thank the organizers of the ESPN Collegiate Esports Championship and the Collegiate Starleague for an incredible experience in Houston.