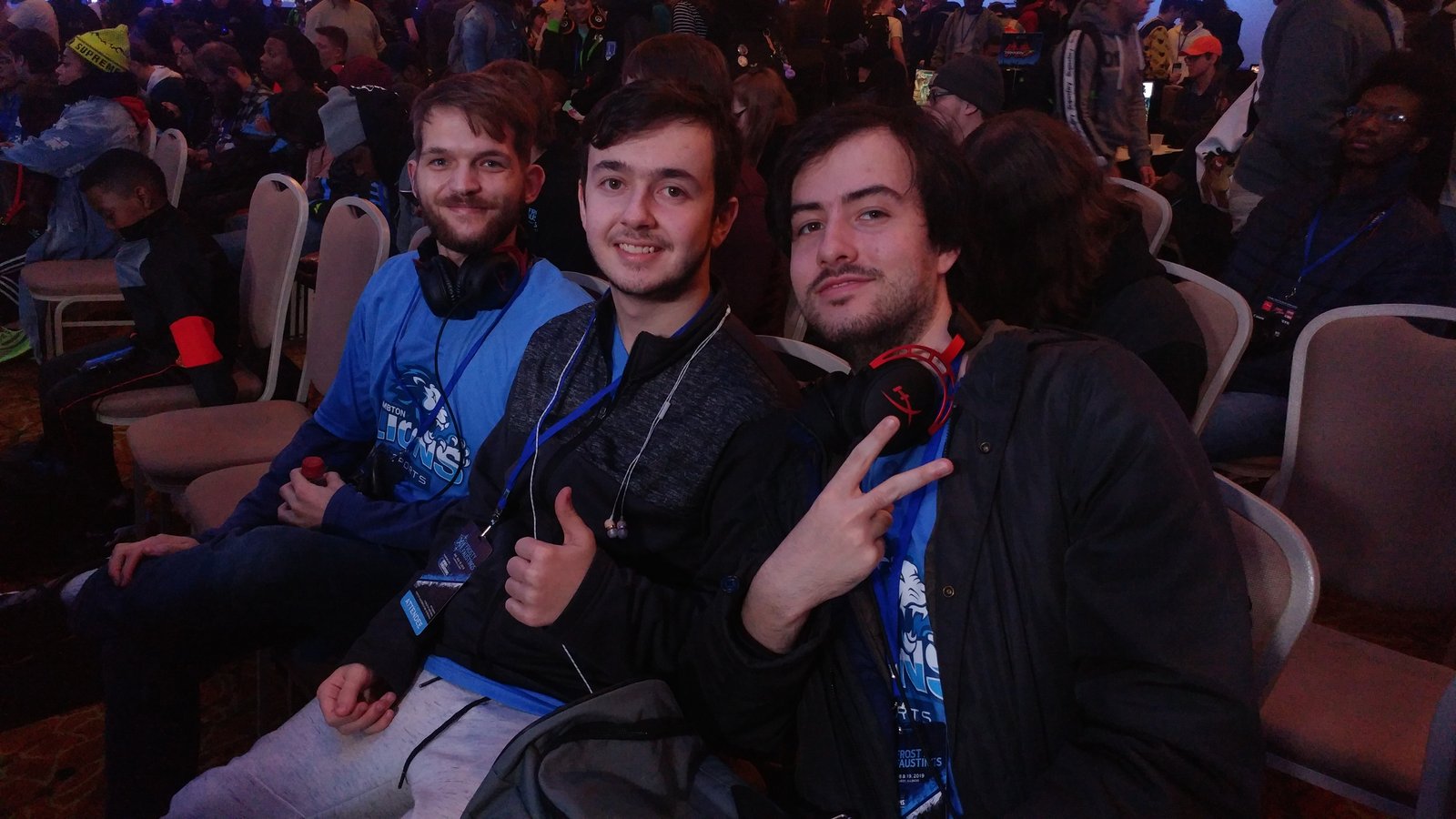 Brock ‘Quetip’ McCutcheon and Adam ‘Hokage’ Deruyte were among the 278-player field competing this weekend at ‘Frosty Faustings XI’ in Elmhurst, Illinois.

Both players were making their competitive debut in Super Smash Bros. Ultimate, and both Brock and Adam saw early success.

‘Quetip’ faced Sam ‘Beast Infection’ Mercado in the opening round and was quick to dispatch him, sweeping the best-of-3 series 2-0. ‘Hokage’ would also sweep his opening match against Aaron ‘lith3um’ Zabrinas.

The level of difficulty would dramatically increase from there for both Lambton Lions taking part in the tournament. Quetip would be relegated to the losers bracket after falling 2-0 to Michael ‘SNooFL’ Marling (who would later finish 13th overall). Hokage also fell in the second round to J.R. ‘Globo’ Ditter (who would finish 17th overall).

In the losers bracket, Quetip would square off against Richard ‘Mahouko’ Ko. In a hard-fought best-of-3 series, Quetip would see his day come to an end at the hands of Mahouko. Hokage would win his first losers bracket matchup via DQ due to a no-show, but the following match would result in a nail-biting 2-1 loss to Angel ‘Windalfr’ Ortega.