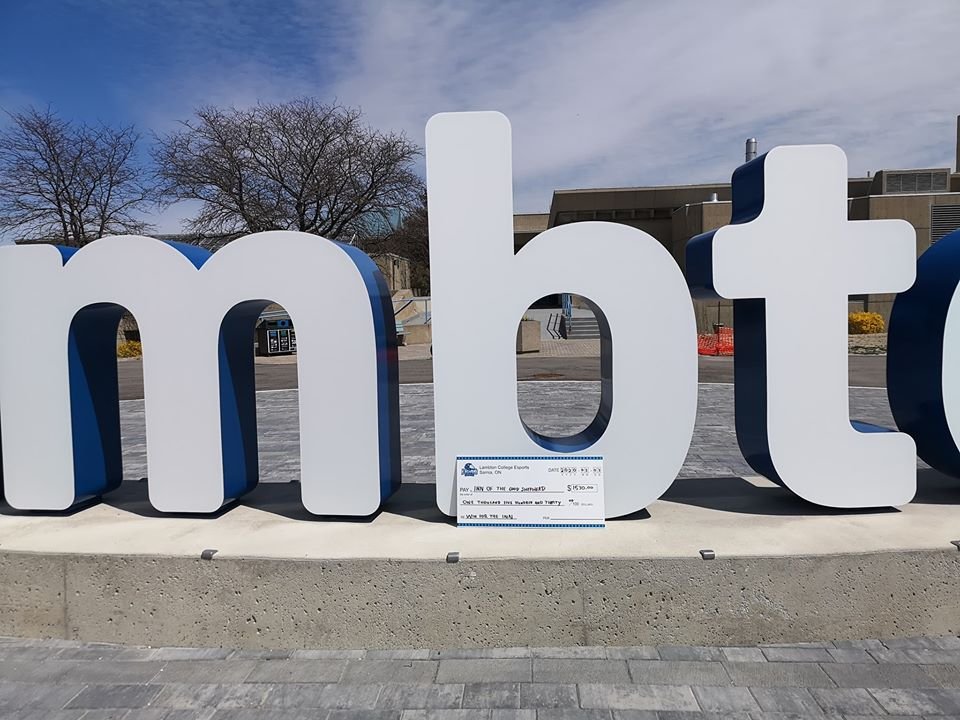 Lambton College’s Student Administrative Council has always tried to have the best interests of the Sarnia-Lambton community at heart and when Esports Coordinator Tony Frangis came up with an idea to support the Inn of the Good Shepherd, it was a no brainer.

Frangis, a well-known name in the community from his time with CHOK Radio, thought that there may be an opportunity to run an online tournament with proceeds going to the Inn. What happened next was a lot more than he expected.

“When we put together the event, I anticipated we would maybe see 30-40 participants. I even told the Inn to only expect a few hundred dollars as this was a first-time event. It was looking that way until we saw a surge of registrations in the 24 hours leading up to the event, and by the end, we had 153 people. I was elated.”

‘Win For The Inn’ took place this past Friday April 24th. Participants signed up by paying a $10 registration fee, then got to spend the day playing Fortnite — one of the world’s most popular video games – on any platform they chose. The person with the most ‘Victory Royales’ (meaning the last person standing in the game’s Battle Royale mode) won a $100 gift card of their choice. All participants were also entered into a draw for one of six additional prizes, including gift cards donated by District Beta on London Line.

In total, 153 participants each paid the $10 fee, raising a total of $1,530. All proceeds from the event will now be donated to the Inn of the Good Shepherd in Sarnia.

“We probably received close to 1000 Victory Royale submissions, so it’ll take some time to go through them all and count them to find our winner. We should be announcing all of our prize winners on Monday,” Frangis added.

Plans for an expanded version of the event are now in the works. “We want to add more games to the event,” Frangis said. “Although Fortnite is popular, we had requests to add other titles, and we want to turn the event into something that raises even more awareness for the Inn. We have some ideas that will hopefully be unveiled in the coming weeks.”